Slowly but surely, more households on a global basis are making the switch to LED lighting.

But what is it about it that makes it such a perfect choice for the average home? Or more importantly, which rooms and areas of the home are compatible with today’s LED lighting technology?

In answer to the first question, there are countless benefits to LED lighting that go over and above every other conventional form of household lighting.

As for the second, pretty much every living space and area around the home could be enhanced in many ways with high quality LED lighting. Each area of the home subsequently benefiting in a variety of ways.

For example, LED lighting is perfect for use in the bathroom due to its comprehensively water-resistant and generally durable properties. Not to mention, the potential for LEDs to be uniquely elegant, understated and practical.

The same also applies in the kitchen, which likewise has a tendency to become humid and moist, while at the same time dealing with frequent temperature changes. The kinds of conditions which pose no problems whatsoever to quality LED lighting.

In the bedroom, it’s the versatility, practicality and downright beautiful looks that make LED lights and fixtures ideal. From bedside lighting to primary room lighting to feature lighting and so on, it really couldn’t be easier to enhance every aspect of any bedroom with LED lighting.

The fact that high quality LED lighting is both directional and every bit as bright as it needs to be makes it great for garages and workshops alike. Focus as much light as necessary on key areas, distribute light evenly across the entire work space and eliminate the risk associated with overly hot, unreliable or even dangerous conventional bulbs. 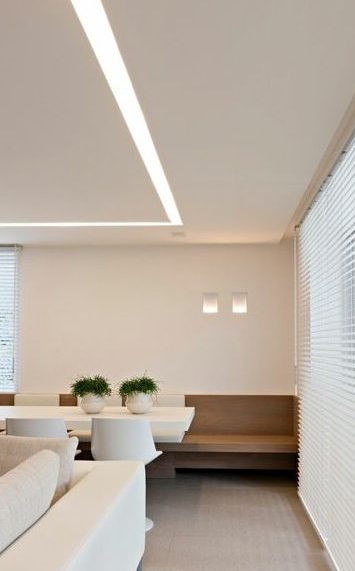 Setting the right mood and atmosphere becomes uniquely easy when working with LED lights. With LEDs, you once again have complete freedom when it comes to determining which areas and elements of the room are illuminated to what extent and how. The added bonus of LED lighting being that it can also be comprehensively easy to install – hence minimal disruption and installation costs.

Simplicity of installation and the discrete nature of LED light fittings in general also makes them ideal for conservatories, summer houses and external buildings across the board. Where it may be difficult to install conventional lighting, it is often a walk in the park to set up LED light fixtures.

Regardless of where you choose to set up LEDs around the home, there are certain universal benefits that apply in all instances. With a lifespan of up to 50,000 hours and between 50% and 90% less energy required, LED lighting for the home represents unrivalled value for money. Which takes on even greater significance when considering the safety, simplicity and superior versatility of LEDs.

In short, it’s only a matter of time before LED takes over as the new standard for households – why not consider making the switch right now?