Have you experienced the life-changing magic of a smart home?

Just as with the original iPhone in 2007, the smart home has become one of the products that, once you own, you simply can’t imagine going back to life without it.

But there are still some people who have their reservations, and haven’t quite made the leap to smart home technology. Is it worth the investment? What benefits can you reap by making the switch?

If you’re one of those people, read on to discover five life-changing smart home features that you won’t want to live without.

See who’s at the front door from your smartphone

You know how annoying it can be to have to get up and see who’s at the door, just as you’ve sat down to eat dinner or watch a movie. It doesn’t have to be this way!

The majority of smart home security features include the ability to mount a wireless camera above your front door and connect it to your smartphone.

Better still, using smart locks, you can unlock the door (without getting up) if it’s someone you recognise. This is perfect for letting in a friend who’s popping round, or your local delivery person to drop something off, without interrupting whatever it is you’re doing.

It’s not just about simplicity, either — it’s also about security. Do you sometimes worry about what’s going on in your property while you’re away from the building? A smart video camera can put your mind at ease. Bring up a live feed of your house from any location in moments.

A Netflix-connected home theatre… in every room in your house 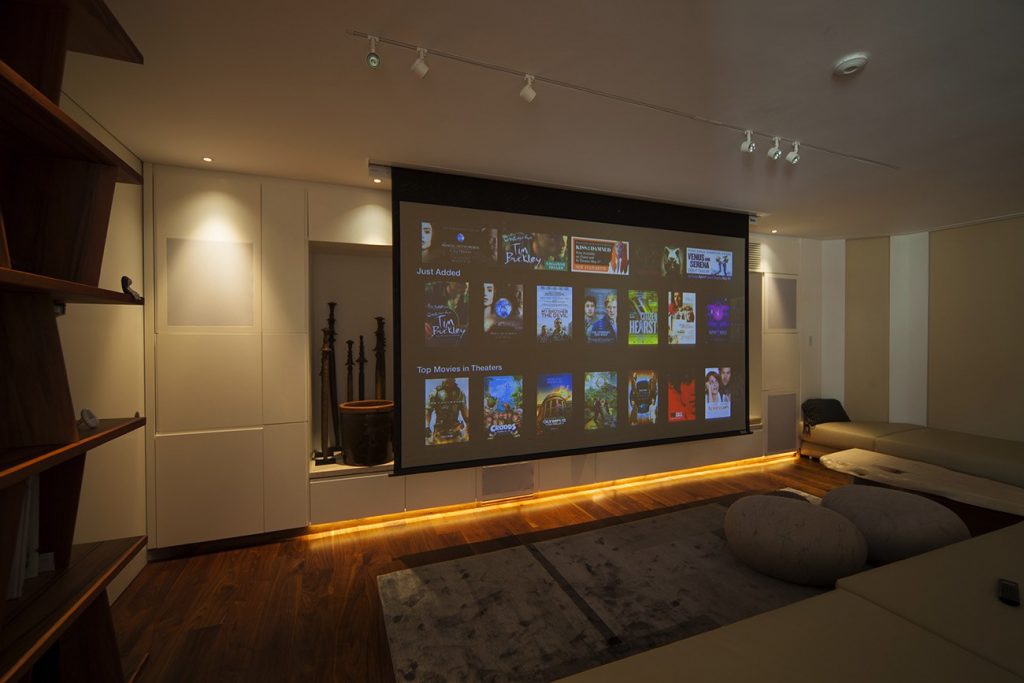 Home theatres have brought the magic of the movies into living rooms for decades. In fact, having a single home theatre is nothing new. But what about three or four? Why not have a home theatre in every room in the house?

Because so many of our favourite shows are now found on on-demand streaming services such as Netflix, it’s very easy to have instant entertainment in many rooms in your house.

This goes for audio, too — listening to your favourite tunes via Spotify while cooking in the kitchen is simple and ultra-accessible when smart home features are implemented.

Control your smart home with a voice assistant like Alexa

The Amazon Echo has been a sensation; it’s the first device to bring functional voice control to millions of households. We’re already getting used to the joy of having Alexa play music for us or set alarms.

But why stop there? Unsurprisingly, the Amazon Echo has been an exciting development for smart home installers and owners alike.

An Amazon Echo or similar device, such as the Google Dot, can potentially be a way of controlling every smart device in your house (so long as it has an on/off switch, or a brightness slider). That includes heating, lighting, security devices, smart locks and motorised windows and blinds.

Alexa and the Google Dot are far from your only options, either. Apple is also working hard on voice assistants to compete with Alexa, and maybe we shouldn’t count Microsoft’s Cortana out of the race just yet either. 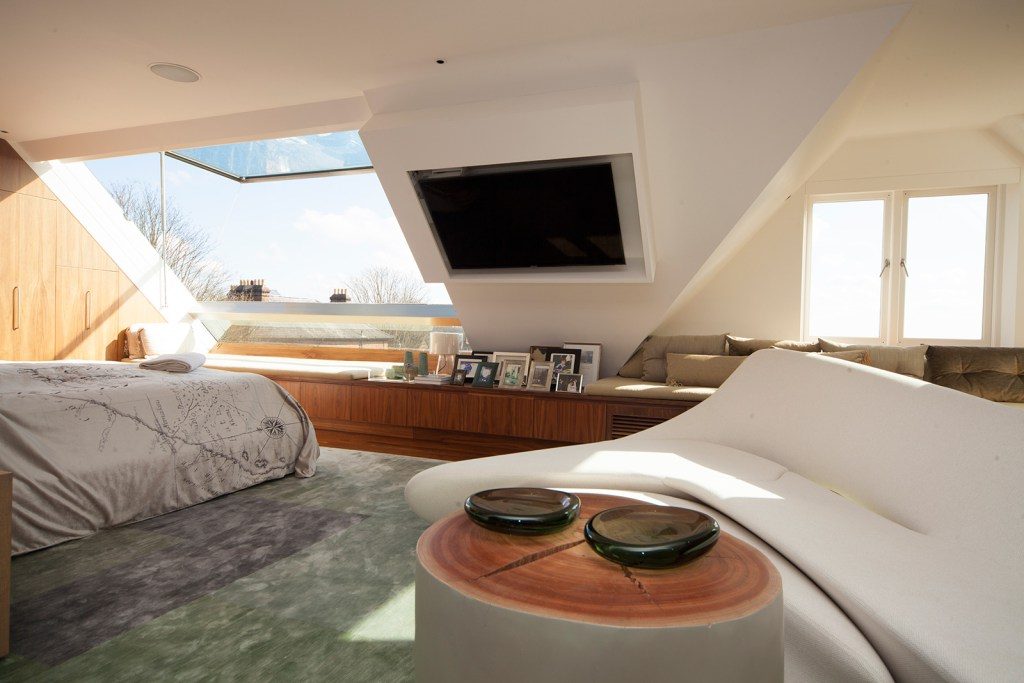 When people think of a smart home, they’re usually not thinking of a beautiful home. Traditional wired tech is often ugly. Tower desktops and hulking TV sets have ruined countless otherwise tranquil living spaces. The beauty of smart homes, though, is that beauty is never compromised.

There are a couple of reasons why smart homes are often the most beautiful homes, too. For a start, smart home technology is often wireless. Without ugly wires, devices can be tucked neatly into appropriate spaces. Some of them, such as a recent smart TV from Samsung, even hide themselves while not in use.

The Frame TV looks like a piece of artwork hanging on the wall. When you turn it on, though the artwork disappears and instead you’re looking at an ultra-crisp, 4K definition television screen!

The other aspect to consider is remote controls — or a lack thereof. In the past, your TV would have multiple remotes to keep handy, and then your sound system need a couple more, and this would clutter up your coffee table.

Smart tech can combine all of these devices and then be controlled via a voice assistant (meaning no remote is needed), or simply via your smartphone.

Keyless entry to your smart home

This is the very definition of life-changing, as it will alter your daily routine forever (and for the better). Keyless entry to your house means more checking that you’ve got your keys for the 100th time before you leave for the day.

Instead, you can effortlessly enter your house via a key tag that you keep in your wallet. When the sensor detects your approach, the smart locks open for you automatically, without the need for you to rummage around in your back pocket.

A key tag system like this also enables you to see at a glance who’s in and who’s out. Worried about the kids coming home late at night? Check via your phone which family members are in the house.

This extends to your furry family, too! By connecting a tag to your cat’s collar, you can also be sure that they’ve safely returned from their night out.

Author bio: Simon Perk is the Technical Director of MDfx: the industry leader in smart home solutions. Simon and his team have helped countless homeowners bring their home into the modern day via ingenious, stylish smart home integration that simplifies and improves their quality of life.