Open office plans were touted as the future of the office.

It had a number of points in its favor. Employers thought it favored interaction between team members. It was certainly cheaper, since you didn’t have to set up cubicle walls and minimal infrastructure. This trend justified setting up wifi, a few hot desks and tables and saying you have a workable office. It made it easy for managers to sit in their office and supervise people on the other side of a large room, and you could watch everyone with security cameras, too. So what happened to the open office?

What is wrong with the open office plan?

Open offices didn’t increase collaboration. Instead, the constant background noise of others typing, talking and working impedes the productivity of almost everyone. Coping mechanisms like listening to music through headphones prevent natural collaboration. Others beg to work from home so that they can enjoy peace, quiet and productivity.

The ability of everyone in the area to see what they’re doing, even if typing up a sensitive email, puts everyone on edge. People also choose to communicate via instant messages and online chat instead of face to face conversations to limit the noise and because they can’t hear each other without speaking uncomfortably loudly.

The open office is a dysfunctional office no matter how cohesive the team is. The greater levels of stress the crowded, busy environment causes actually makes people more anxious and stressed. It also fosters the rapid spread of germs when someone has a respiratory virus, leading to more sick leave. This creates a business case for undoing the open office plan. The next question many organizations ask is: what do we do now?

What do we do now? 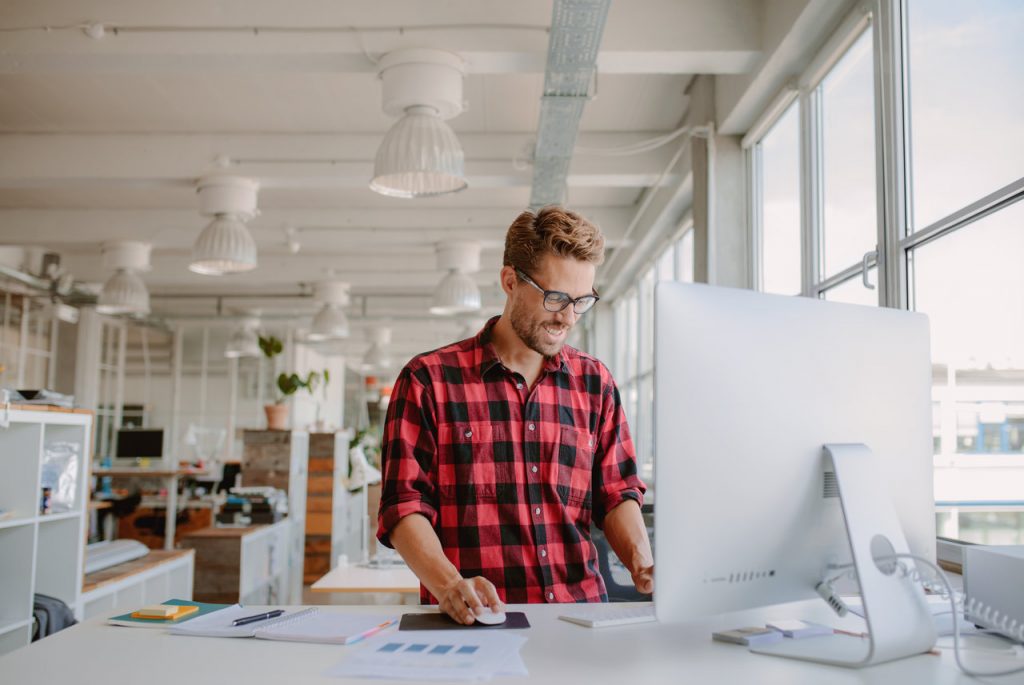 While it may be expensive to turn an open office into a traditional office layout, there are options available. Setting up low walled cubicles is a start, and that’s a minimum if you’re working in a call center. However, that may not be good enough to get the natural collaboration and greater productivity. One solution is to hire experts in professional office design. Then you can get guidance in laying out an office that balances privacy, cost and productivity. You could create break areas with couches that allow people to mingle and share ideas or support impromptu meetings.

Have a few hot desks for contractors, teleworkers and visitors, but don’t expect your employees to compete for cubicles at random. While having an assigned desk in a large open office feels dehumanizing, telling your team that you can’t bother to assign a permanent desk in a decent cube to them tells them you don’t value them. It also gets in the way of productivity, since people are wandering the building looking for their team members. You also create competition for the best desks near the bathrooms, break areas or windows. Instead, create permanent or semi-permanent offices that are assigned to each person or that they pick. Let them set up a permanent desk.

This has the side benefit of making it easier to set up infrastructure like phone lines, desktop computers and lights for those who need them. It is essential when someone needs specific accommodations due to their physical limitations. Don’t force someone who needs a special chair to have to move it around or worry about others taking it or their spot.