There are a wide variety of oil paintings available for people to view in museums on display or to hang in their own homes or offices.

Anyone can get a gorgeous piece for their personal space as well – if you’re interested in a reproduction, you should check this out!

However, all of these beautiful and one-of-a-kind oil paintings around the world and throughout history pose a clear question: how do artists come up with such iconic pieces of work? Where does their inspiration spout from?

The Physical World Around Them 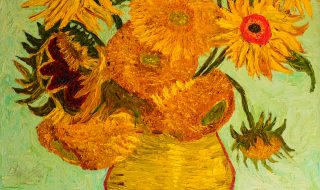 This is perhaps the most obvious way that artists get inspiration for thier work: simply by observing the physical world around them. This is how many famous painters gave the world landscape paintings such as Vincent van Gogh’s Starry Night and Claude Oscar Monet’s The Water Lily Pond.

This can include anything from a physical object like in Van Gogh’s Vase with Fifteen Sunflowers or, similarly, Paul Gauguin’s The Painter of Sunflowers. It may also include scenery such as a seascape or sunset.

One interesting thing to take note of is that among oil paintings considered masterpieces, physical inspiration isn’t usually denoted line for line but rather artistically interpreted by the artist.

If there’s one thing that humanity has shown over the ages, it’s that art tends to build on itself. So, it’s no surprise that many oil painters tend to pull inspiration from other art forms. One of the biggest contributers, in this case, comes from literature.

Since literature builds a story on words alone in most cases, it allows for a visual artist like an oil painter to come along and give their own unique interpretation to the world. For instance, Salvador Dali based his painting Mad Tea Party on Lewis Carroll’s famous story Alice in Wonderland. Similarly, inspiration for John William Waterhouse’s The Lady of Shalott came from a poem of the same name by Alfred, Lord Tennyson. 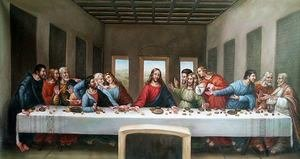 Religion and mythology have long been a source of inspiration for artists all around the world. Even Christianity alone, particularly Catholicism, has given the world plenty of interpretations such as Leonardo da Vinci’s Last Supper although almost every religion has art tied into it.

As for mythology, there are also a number of denominations that have provided artistic inspiration. Greek mythology has given birth to paintings like The Lament for Icarus by Herbert James Draper and Ride of the Valkyries by William T. Maud came from the inspiration of Norse mythology.

As mentioned before, artists are often inspired by the world around them. However, this doesn’t start and end with the physical world that they see in an object or landscape. It can also provide an interpretation of emotions, political climates, and other aspects of society at large.

Examples of this vary over the centuries and styles. Some famous examples include Diego Rivera’s Man at the Crossroads from 1934 and Norman Rockwell’s The Problem We All Live With.

These artistic rendetions don’t have to center on political activism either. Even calmer paintings such as Georges Seurat’s A Sunday Afternoon on the Island of La Grande Jatte depicts people enjoying the company of one another and show the interaction of a crowd of smaller groups.

The Work of Other Artists

Just like different art forms can build off one another, oil painters specifically have built off one another in the past. This is easily seen even in the development of artistic movements throughout the centuries. Some movements even have names to denote this including the Impressionist Movement followed directly by the rise of Post-Impressionism.

Art historians study this phenomenon extensively. This can come from artists as closely related as studying directly under one another or be as spread out as a new artist trying to copy the work of a master from years or even centuries before to learn their techniques themselves.

Working on commision may not seem strictly like inspiration. After all, the artist may come across as carrying out someone else’s vision. Yet, working on commission has given the world some of the most beautiful, impactful, and instantly recognizable pieces of all time.

The most famous example of this is probably the ceiling of the Sistine Chapel. Today, many recognize this as one of Michaelangelo’s most inspired and wildly impressive pieces of work but he actually took on the project when it was commissioned by Pope Julius II.

There are countless ways that an artist can become inspired to create a work of art whether that’s a personal piece, a commission, or something that will one day be considered a masterpiece. The mark of a true artistic master, though, is the ability to take inspiration from sources like the ones above and elevate them with additional artistic components such as technique, style, and a display of the artist’s own interpretation of their inspiration.

Part-time writer of words. Lover of all things interiors & architecture. Writer at InteriorDesire.net.

View all articles by Darren Ainscough